The International Labour Organization (ILO) is hosting a tripartite debate, comprising representatives of government, workers, and employers from around the World, in order to verify any gaps in the rules that establish minimum standards for the elimination of forced labor in the World. Conventions 29 and 105 are recognized worldwide and are among the ILO conventions with largest ratification. Nevertheless, these important instruments of human rights protection were developed in a very different perspective: in the current context economic globalization promotes rapid economic progress as well as provides return to archaic forms of labour overexploitation while inventing new ones.

A recent ILO’s estimate indicates that there are approximately  21 million people under the regime of forced labour worldwide. These workers can be found suffering abuse in workplaces as diverse as home services, agriculture, sweatshops in the production of garment, construction, hotels, or in many other sectors of the economy that insist on keeping precarious conditions of work, and disregard the most basic and fundamental human rights. The debate was approved by the 101st International Labour Conference, held in 2012 in tripartite way, in order to better understand the diverse realities and needs of Member States in ensuring compliance with the fundamental principles and rights at work, as established in the ILO Declaration about Fundamental Principles and Rights at Work and its Follow-up (1998). In this debate (and hence in the possible / desirable future new instrument) are included discussions on mechanisms of prevention, protection of victims, and compensation for any harm suffered, and also the proper establishment of the connection between forced labor and human trafficking.

Historical context
It is important to stress that Conventions 29 and 105 are ancient instruments (1930 and 1957 respectively), and somehow outdated. The first one was developed specifically within a historical context of decolonization of African and Asian countries with respect to European nations, and brings an original concept of forced labor fairly related to this time. In former colonies was common to find traces of various types of forced labor, servitude and slavery. The idea was to develop a framework for transition to an economy based on free waged labor, while these countries were breaking free from European blueprint. Thus, the Convention 29, adopted worldwide, brought the concept of forced labor and various transitional provisions, which are no longer in force, according to findings of the ILO Committee of Experts. Nevertheless, the core concept of forced labor is still in force. The original concept was enlarged by the same Committee in order to encompass the new and modern forms of worker’s submission to this kind of exploitation. In this concept are included all forms of slavery, in terms of the main international instruments on the subject, and trafficking in persons as set forth in Additional Protocol to the UN Convention Against Transnational Organized Crime, better known by the Italian name of the town in which the treaty was concluded: Palermo. 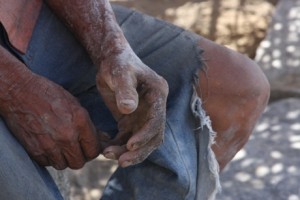 Also there is no mention on Convention 29 of the means by which forced labor should be fought, nor the paths to reach the complete eradication. Additionally it does not include any measures to protect victims or compensate them for damages they suffered. Only through best practices and Jurisprudence in different countries would it be possible to enrich the way of combatting forced labor during all these years. Similarly, the Convention 105 contains no resources on how to combat forced labor, completing only the existing concept in order to embrace the practice of submission of workers perpetrated by the State as a punishment policy.

Nowadays situations of decolonization and forced labour imposed by the State are very rare or almost nonexistent. The vast majority of forced labour is found in the private sector, arising from complex outsourcing schemes and often inserted at some point in large global supply chains. Practices in addressing forced labour vary widely from country to country, and Brazil is often cited as a reference on the basis of all its history of struggle demonstrated over the past 18 years. However, even though many countries already have set up advanced structures for combatting the problem, the vast majority still does not have any measure of protection of victims or prevention to avoid situations of exploitation, or any mechanism for compensating damages. All of this turns the ratification of Convention 29 into a vacuous act.

Another fact has been the starring role of the anti-trafficking movement all around the World in the last decade. With the entry into force at the international level of the Palermo Protocol (2003), this issue gained enormous repercussions and issues solely related to the exploitation of slavery and forced labour eventually eclipsed. The Palermo Protocol, although very modern and therefore already containing protective mechanisms, prevention and compensation of victims, is an instrument primarily aimed at the establishment of criminal policies, since it is an additive to the United Nations Convention on transnational Organized Crime. Thus that instrument neither addresses public policy issues such as employment and income, education and reintegration into the labor market of workers subjected to slavery, nor offers specific provisions to protect workers.

Repressive measures of criminal nature are key instruments for combatting human trafficking and forced labour, but must be understood as the last and final step within a larger policy of eradication of forced labor. More useful are the preventive measures, such as a suitable active employment and income policy and adequate insertion in the labor market, aimed at vulnerable groups. Thus, through proper training and proper entry in the formal labour market may ensure a better qualification for workers in order to prevent them from clandestine networks of enticement, and hence slave labour. Likewise, it is important to establish a national policy to protect the employment relationship, as established by Recommendation no. 198, ILO, with the aim of strengthening the protective mechanisms in the context of so-called “triangular relationships”, including subcontracting within the supply chains, as a means to prevent forced labor.

Possibilities
A new instrument could address the issue more adequately and directly geared strictly to labour issues and not criminal ones. It would be extremely useful, especially for countries that have difficulties in facing properly the problem. The Committee of Experts has an important role in updating the content of these instruments and all Member States should encourage the uptake of this “quasi- jurisprudence” into new and more modern instruments. Also a new rule should establish a clear and correct correlation between human trafficking and forced labour and, even more, should adopt entirely the exercise of interpretation of the Committee of Experts, which brought together both concepts. By integrating these concepts, the committee says, in effect, that all measures of prevention, protection and compensation for existing victims of trafficking should also be ensured for victims of forced labour, since the two phenomena are intrinsically connected and up even overlap.

Pregnant woman rescued in inspection in the sector textile, in São Paulo, in 2013 (Picture: Anali Dupré)

There would be no difficulty for Brazil to ratify a new future convention (or even an additional protocol to the existing conventions) that provides all of the items in discussion, since we already moved a lot and have a collection of reasonable provisions in order to protect and compensate victims. We need to improve our prevention capacity, with the establishment of better public policies aimed at the most vulnerable. Whatever the instrument to be adopted, it is important, however, to introduce mandatory measures aimed at the Member States. We all know the real scope of a “recommendation”: it ends up functioning more like a suggestion for the Member States since they do not see themselves compelled to act more effectively. Should the Conference considers that a recommendation would be enough, we will miss a great opportunity to redirect the debate on forced labour in the current agenda towards a priority labour level, focusing more strongly on prevention and protection of victims.

* Renato Bignami is Labour Inspector and participated in the tripartite meeting of experts on forced labour organized by the International Labor Organization from 11 to 15 February 2013, as an expert in forced labour indicated by the Brazilian Government. Translated from the original in portuguese.