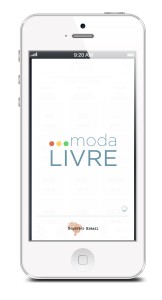 On Wednesday (12/11), Repórter Brasil, a national reference in the defence of human rights, launched Moda Livre (Free Fashion), a free application for smartphones, available for Android and iOS operating systems.

Launched under the celebration of the anniversary of the Universal Declaration of Human Rights, which turns 65 this week, it intends to be a useful tool for consumers who go shopping for Christmas.

A result of an investigation conducted by Repórter Brasil’s journalism team, with digital and development by the PiU Comunica agency, the App brings to the public – in a fast and accessible way – the actions that the country’s leading clothing retailers are taking to prevent pieces sold at their stores from being produced by slave labour.

Besides the strongest brands in the market, companies involved in cases of slave labour found by Ministry of Labour and Employment inspectors were also included.

All companies listed on Moda Livre were invited to answer a questionnaire based on four broad indicators: 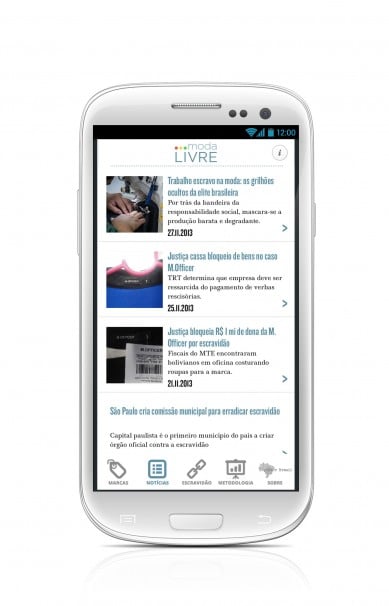 Based on the responses, companies received a score ranking them into three colour categories (green, yellow and red) according to the measures they take to fight slave labour. Those who did not respond to the questionnaire despite repeated invitations were automatically included in the red category.

It is important to note that Moda Livre does not recommend that consumers buy or refrain from buying any clothing brand. It only provides information for that choice to be made consciously.

The App is now available at Apple Store (http://is.gd/htz9d9) and Google Play (http://is.gd/9KtOEH), operational systems iOs 5+ and Android 4+. It can be find researching by “moda livre” or “moda livre reporter brasil”.