A weak State and economic dependency make life difficult for Paraguayan workers. Crises in Argentina and Spain caused immigrants to choose Brazil. This municipal election year promises to be a busy one.

It does no justice to all that Emiliano Zapata’s, Frida Kahlo’s and Juan Rulfo’s Mexico means, but “Mexicanization” has become synonymous with bad things. It is used to speak about the risk of a country falling into the clutches of drug trafficking or having an authoritarian government disguised as democratic, as in the seven decades the PRI held power.

The term also found meaning in the economy. In that area, Mexicanizing means investing in maquilas – as export-oriented industrial assembly lines that usually overexploit workers are known. That is, when someone says that a country is Mexicanizing, it is not usually good. 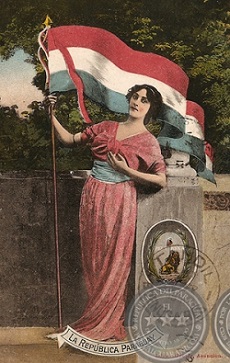 When I was in Asuncion in December to investigate the increasing migration of young Paraguayans to Brazil, that was precisely what I heard from interlocutors about the situation in Paraguay. Hardships affecting the local population are increasingly similar to those faced by Mexicans – escalation of violence, drug trafficking and political corruption.

This may seem strange at a time when Paraguay’s GDP is growing at a rate many times higher than Brazil’s, driven by soybean. But things get more clear to those who – like us at Repórter Brasil – follow that agribusiness segment marked by income concentration and low job creation.

The reality is that a considerable Paraguayan diaspora towards Brazil has started in this new millennium. The Brazilian Ministry of Justice reports that there are 17,000 Paraguayans in the greater Sao Paulo area, but Paraguay’s Ministry of Foreign Affairs, which I was able to visit in Asuncion, estimates something between 45,000 and 60,000. There could be 80,000 of them in Brazil.

That migration has gained momentum more recently, different from Bolivians’, who already total 350,000 in Sao Paulo. Two out of three Paraguayans arrived at the Greater Sao Paulo area after 2000, and half of them came after 2005, according to a survey conducted by the Scalabrinian Centre for Migration Studies, linked to the Catholic Church.

They are workers who arrive without any knowledge by the authorities, thus facilitating the occurrence of cases of labor overexploitation – and even slave labor. Most are young men who come to work in construction and in the garment industry, including the supply chains of top ‘fast fashion’ brands.

Despite the slowdown of Brazil’s economy, there are reasons to believe that this migration should remain steady or even increase. I mention two factors – one is conjunctural and the other one is deeper.

The first one is related the economic situation of the two destinations historically chosen by Paraguayan migrants: Argentina and Spain. A million Paraguayans are estimated to live in Argentinean cities today, mostly in the Greater Buenos Aires area, while 180 thousand live in Spain.

However, the long economic crisis in both countries has not only discouraged the arrival of new migrants, but also created a return movement. Diplomat Hugo Morel, director of a department of the Paraguayan Foreign Ministry that supports immigrants abroad, told me that at least two thousand people have returned to the country with government support in the last twelve months, after years living abroad. 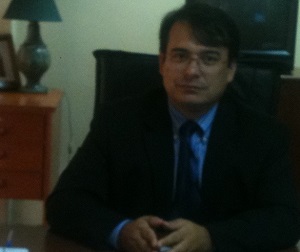 Hugo Morel, director of a department of the Paraguayan Foreign Ministry that supports immigrants abroad

At the same time, Brazil has become the new Eldorado. Or at least it has earned such reputation. With the last decade’s economic growth, especially during the Lula administration, and the media image gained with the World Cup and the Olympics, the country was seen as a real alternative to Paraguayan workers. Many decided to come.

The second reason, as I said, is deeper. The victory of Colorado businessman Horacio Cartes in the 2013 presidential election means that Paraguay doubled its bet in the current model: a true minimal State and an economy driven by agribusiness and triangulation trade.

After playing important roles in the brief interval represented by the Fernando Lugo’s administration (2008-2012), the Paraguayan State remains as one of the least capable in Latin America. Not much can be done with a tax burden of only 12% of the GDP – what must make neoliberals jealous in any country in the world.

The same applies to the economy. The Asia-Paraguay-Brazil triangulation trade has undoubtedly enriched border cities such as Ciudad del Este (on the border with Foz do Iguaçu, Paraná) and Pedro Juan Caballero (border with Ponta Porã with, Mato Grosso do Sul). But how many Paraguayans are able to enjoy the benefits generated there?

The situation is perverse: looking at the country as a whole, we see a powerless State and a relatively poor society whose GDP per capita is only higher than Bolivia’s and Guyana’s in South America, but with very high income concentration, similar to that of Brazil. After all, about 15% of Paraguayans had to seek a better life abroad.

The Paraguayan model also has a deep functional connection with Brazil, beyond commercial exchanges. Paraguay’s territory was turned into an advanced space for many different forms of illegal activity such as drugs and arms trafficking,  smuggling and money laundering – for the benefit of Brazilian criminals. 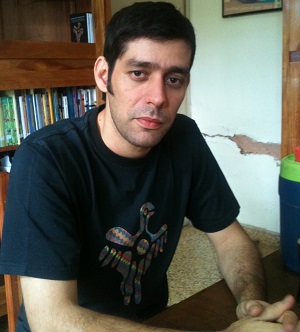 My attention was drawn to that by economist Luis Rojas Villalba, a colleague who heads one of most traditional local research centers – BASE Social Research (BASE-IS). According to Rojas, Paraguay’s role regarding Brazil is similar to Mexico’s to the United States. If he is right, that is Mexicanization in its worst sense.

It seems really difficult to harbor any optimism based on the current Paraguayan scenario. But as many people say there, sí, se puede. That is the same slogan that guided the uprisings of Mexican workers on farms in the southern United States in the seventies and ended up translated and reinterpreted by Barack Obama decades later – Yes, we can.

In Paraguay, peasant and indigenous movements are sticking their flags in the corners of the country, although many groups need to overcome the challenges of lack of organization and their understandable aversion to institutional politics. In this arena, the Guasú Front stands out as a confederation of progressive and minority parties in parliament, with no deputy, but with five senators, including Lugo.

When I was in Asuncion on December 10, a march was being prepared by activists from dozens of social and political organizations to protest against the Cartes government’s new privatizing measures.

Fatima Rallo, a member of the Council of Popular and Social Organizations of Paraguay, and Gladys Cabrera, from the Paraguayan Association to Support Migrants, received me for a conversation the day before the protest. They were speaking on their cell phones because they were concerned about the obstacles created by the government to prevent the arrival of groups of activists coming from all over the country. 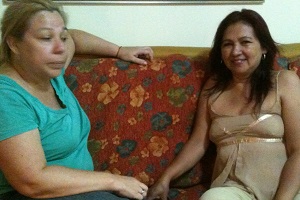 Fátima Rallo, a member of the Council of Popular and Social Organizations of Paraguay, and Gladys Cabrera, from the Paraguayan Association to Support Migrants

That was far from being the largest march I had ever seen. But its organizers celebrated it as an important step towards unifying Paraguayan social forces. Former opponents were there, closer than ever.

After the year-end break, the struggle shall be resumed in parliament and in the streets. In March, the tickets for the November municipal elections officially start to be formed. Sí, se puede. Let the brave rebellious spirit of Zapatistas and Mexican students infect Paraguayans and help to reinterpret the idea of Mexicanization. Paraguay and Mexico both need it.