Electroshocks, punching, and beatings: the life of cows turned into meat at JBS

Cattle ranches that supply JBS contradict the company’s advertising about animal welfare and run counter to the recommendations of the Ministry of Agriculture.

A calf is branded on the face with a hot iron in Mato Grosso, bulls are electroshocked to make them get on a truck in Goiás, an animal is beaten while walking across the stockyard, and a newborn is dragged by the neck in Mato Grosso do Sul.

Scenes like these were documented by Repórter Brasil at ranches that supply cattle to JBS—the biggest producer of animal protein in the world and owner of companies such as Friboi and Swift. These practices violate the animal-welfare policies established by JBS itself. Additionally, the treatment of the cows does not follow the recommendations of the Ministry of Agriculture, Livestock, and Provision (MAPA) on this subject.

In order to ascertain how the cattle ranches that supply JBS treat their animals, Repórter Brasil went to four different states between December 2015 and February 2016. The locations visited are listed on a website that belongs to JBS called Confiança desde a Origem (“Trust Since the Beginning”). The website shows locations, names, and dates on which the farms supplied JBS’ slaughterhouses with cattle. Using the georeferenced data provided by the company, our team was able to find the locations using GPS.

On its official website, JBS says that its meat is produced from animals treated with “respect and without suffering” and that it keeps them free from “pain, injuries, and diseases,” a description that could not be further from what was seen on the ranches. The company also states that its suppliers receive training in this area, but the farmers and workers that were heard by our team said that they never had any supervision from the company. “I’ve never seen any oversight. I have been here for 12 years and no one ever did that,” a worker from a cattle ranch in Mato Grosso do Sul told our reporters.

Besides JBS’ rules, the many recommendations from MAPA on animal welfare aren’t followed either. Since 2008, when the Permanent Executive Committee of Animal Welfare was established, MAPA published a series of manuals on how animals must be treated, which serve to guide producers, but they are not necessarily enforced.

JBS has confirmed the locations of its suppliers after being informed of their names and addresses and the problems found at each one. If you want to read JBS’ response and know the identities and locations of the properties visited by the reporters, click here. 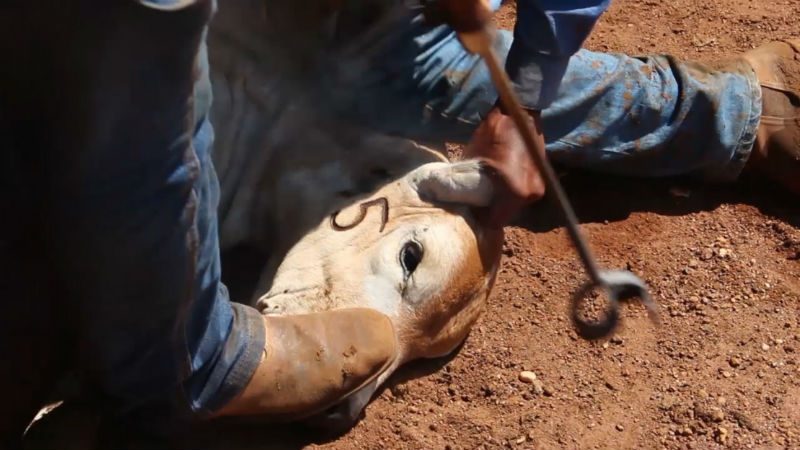 JBS claims that it is “not responsible for management inside the farms.” The company also claims that “all of the JBS drivers and third parties are trained in animal welfare, and they all received certificates and have signed a declaration of responsibility with regard to the company policy.”

See below the problems found by the reporters and the alternatives proposed by MAPA in each case:

Electroshocks are used to make the animals enter the trucks faster or remain standing up inside the trucks. To speed up the loading of the bulls, they are beaten. Those punches agitate them to the point of trampling each other.

MAPA discourages the use of electric prods. According to its recommendations, the instrument must be “used only in emergencies, given the high risk of accidents caused by the animals’ reactions.”

Immobilized in a violent way, calves are branded on the face with a hot iron on a rural farm in Mato Grosso. The procedure, which aims to identify the calves, is done without any care for the animals.

Agitated animals were also branded, which goes against MAPA’s recommendations. On a farm in Mato Grosso, some cows were branded on the legs during an ultrasound exam, and it made them extremely agitated.

Violence Against the Calves

Before being branded on their faces, the calves suffer violently in the so-called “maternity”—the place where they hold the cows who have recently given birth away from the rest of the herd. The calves who were born on the day before the reporters’ visit were tied by the legs or neck and later dragged by horses.

MAPA recommends that the calves not be thrown to the ground, a practice that was also seen by the reporters during the branding procedure. According to the manual, the worker must pick calves up off the ground and use his leg as a support to lay them down.

The reporters saw aggression toward calves and cows inside the chutes many times. On a feedlot in the city of Guarantã, São Paulo, and on a farm in Damolândia, Goiás, white flags were used to hit the animals. The flags were supposed to indicate the direction for those animals to go in. According to MAPA’s recommendations, they should be used as “an extension of the arm, not as an instrument of aggression for beating or jabbing.” 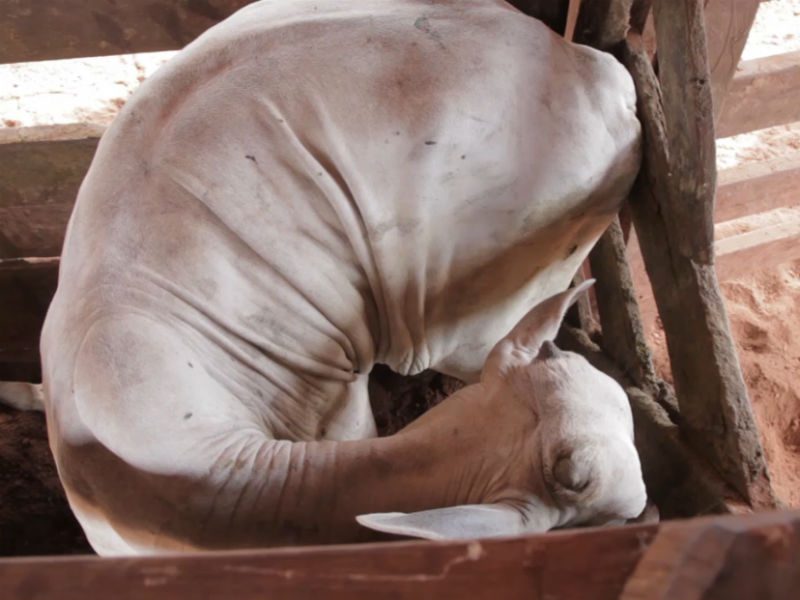 The number of animals inside the corrals of the various farms was beyond the maximum capacity suggested by MAPA. The recommendation is that the animals should not occupy more than “half of the available space,” but the farmers were working with very crowded corrals and agitated animals, who often ended up hurting each other.

Immunizations also occurred while the animals were in motion, which can cause lesions. MAPA recommends that the cattle be immobilized before the vaccination, and that did not happen on the farms visited by the reporters.

The reporters visited at least 48 locations listed on JBS’ website, “Trust Since the Beginning.” When searching for the locations indicated by the database (available here), the reporters faced an inaccurate and often faulty system. 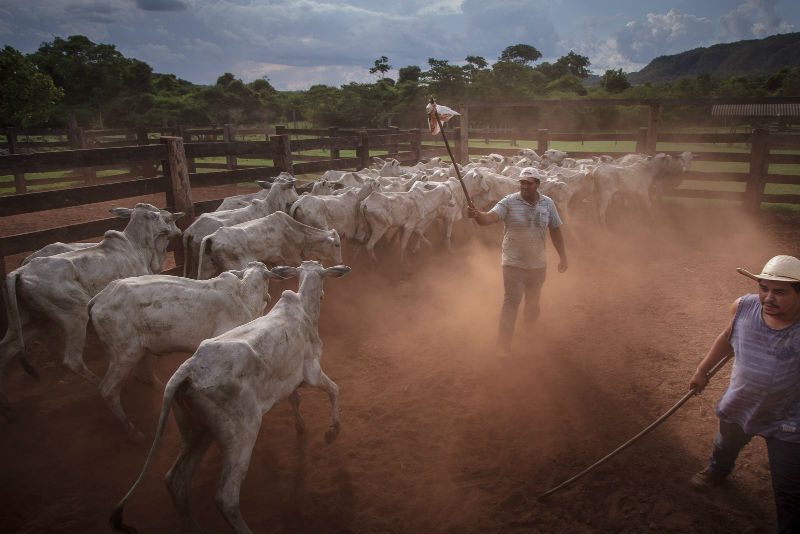 The cases mentioned in this report refer only to those farms with a precise location and that have commercial links to JBS confirmed by the company itself. Photo: Márcio Isensee e Sá

In some cases, the database pointed to farms with names different from the ones found on the website. In other cases, farmers denied selling cattle to the company. The website also showed farms located inside cities, in lakes, and even on Indian reservation lands. JBS claims that the “geographic data of its suppliers are checked often by a third party in order to avoid any errors in location.” (Read the full response.)

The problems regarding the animal welfare mentioned in this report refer only to those farms with a precise location and that have commercial links to JBS confirmed by the company itself.

Brazil Doesn’t Have a Law Regarding Animal Welfare on Farms

The 1988 Constitution establishes that the government must prohibit “practices that submit animals to cruelty,” but there is no specific law about the welfare in the handling of animals in the country.

To try to match worldwide standards, the government created a Permanent Executive Committee on Animal Welfare in 2008. In the following years, it published the recommendations used in this report, which were developed by universities researching the matter in Brazil. (Access the manuals published by MAPA.)

JBS says on its website that it has an animal-welfare policy based on the “five liberties” principle. According to these rules, animals in its production chain must be free from “hunger and thirst, discomfort, pain, injury and disease, fear and stress, and they must be able to express their natural behavior.” (Access the animal-welfare section of the company’s website.) JBS also claims to be one of “the best companies in the world when it comes to animal-welfare practices.” 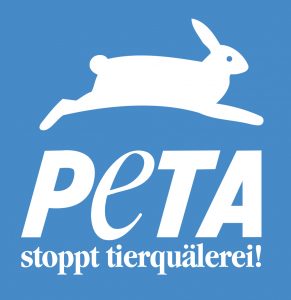