At least two-thirds – 66.5 percent – of federal deputies seeking re-election to the Brazilian congress on 7 October have introduced, or voted for bills harmful to the environment, indigenous peoples and rural workers.

Out of the 248 candidates with negative socio-environmental records, 138 (or 55 percent) are part of the Parliamentary Agricultural and Livestock Front – the bancada ruralista agribusiness caucus, known for its extreme oppositional positions against both the environment and social movements.

Eduardo Bolsonaro (left) and his father Jair Bolsonaro (running for president and often dubbed “Brazil’s Trump”) voted for reducing the size of Jamanxim National Forest in the heart of the Amazon. Image by Lucio Bernardo/Chamber of Deputies

The data was compiled by Repórter Brasil and presented on its Ruralometro website. The conclusions are based on 14 roll-call votes and 131 bills assessed for their potential negative or positive impacts by eight socio-environmental organizations.

The current makeup of Brazil’s Chamber of Deputies is among the most conservative since the end of Brazil’s military dictatorship in 1985 and re-democratization, say experts. But conservative representation will likely grow even stronger with the October election, according to Andrea Freitas, a political scientist at the State University of Campinas (UNICAMP).

Freitas says that the group of legislators linked to what she calls “predatory agribusiness” is overrepresented in the federal government. These politicians not only advocate the interests of rural entrepreneurs, but also focus their actions on defending land ownership by privileged elites (by opposing land reform, for instance), and they advocate a loosening of environmental licensing and regulation.

In her view, the likely strengthening of Congress’ conservative wing this October will be due to the economic power wielded by the ruralist lobby, and to Brazil’s lax campaign finance laws. Corporate funding is banned in Brazil’s elections, but there is no financial constraint on candidates paying for their own campaigns. This rule favors rich candidates doing unrestricted self-funding. “Many agribusiness representatives are among the richest in Brazil,” she points out. 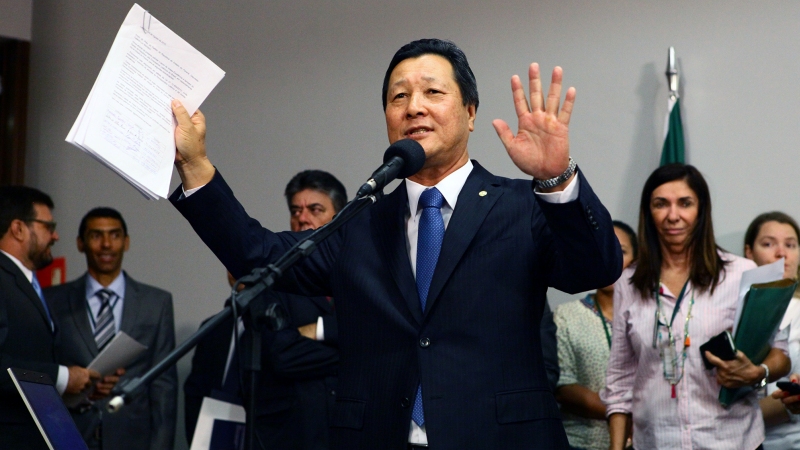 Freitas says that the “excessive” presence of rural conservatives in the legislature undermines balanced representation: “What makes Congress the heart of democracy is that society as a whole should be represented there. If we had a half-ruralist / half-environmentalist Congress, we would have a representation that would better reflect the average preference of society. But that’s not the case.”

According to Caio Pompeia, a visiting researcher at Harvard with a Ph.D. in Anthropology from UNICAMP, agribusiness’s clout in the Congress can’t be explained solely by the strength of ruralist landowners in Brazil: “Agribusiness is a cross-sector mix involving deputies representing the manufacturing industry and services related to agriculture,” he says. “We’re not just talking about big landowners – they’re a minority here, although they have certain political power.” Among those industries related to agribusiness are large transnational commodities companies like Cargill, Bunge and ADM who supply Brazilian soy to the European Union, China and other countries. 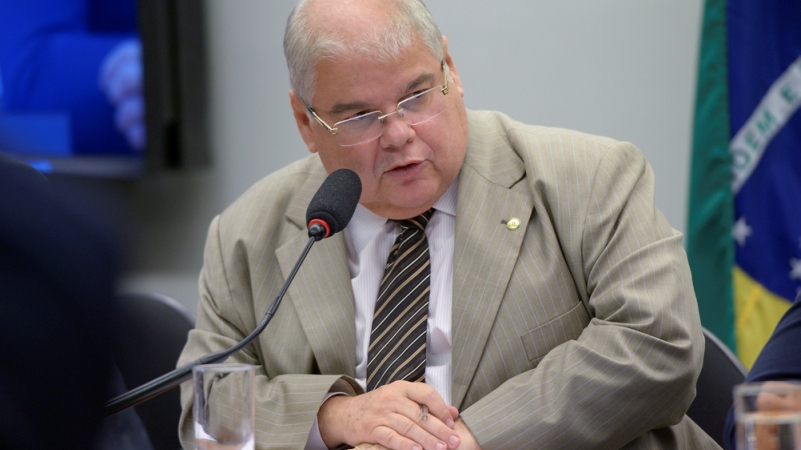 Geddel Vieira Lima’s brother Lucio Vieira Lima (MDB/BA) is seeking re-election in the state of Bahia even though he is charged with corruption.

In addition to deputies seeking re-election, the Ruralometer also evaluates those elected in 2014 and who are running this year for other offices. Two presidential candidates are included – Jair Bolsonaro (PSL-RJ Party) and Cabo Daciolo (Patriotas-RJ Party) – as well as 9 candidates for state governor, 41 Senate candidates, 373 candidates for the Chamber of Deputies, and 8 candidates for State Parliaments.

A closer look at the scorecard

Federal Deputy Valdir Colatto (MDB Party), running for re-election in Santa Catarina state, is among the legislators with the worst socio-environmental ratings. He introduced nine bills evaluated as harmful to the environment and rural people. One calls for the suspension of the Ministry of the Environment’s list of protected species of flora and fauna. 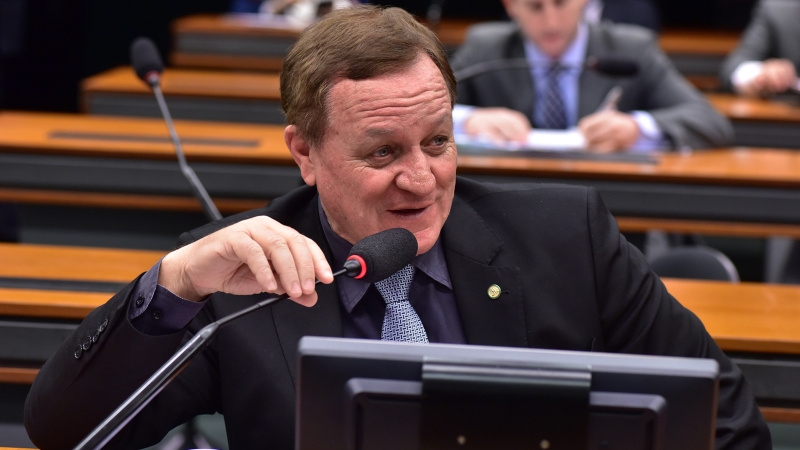 Candidate for re-election in Santa Catarina, Federal Deputy Valdir Colatto (MDB) has one of the worst socio-environmental ratings.

Eduardo Bolsonaro (PSL Party), son of presidential candidate Jair Bolsonaro, is seeking re-election to the Chamber of Deputies from São Paulo state. He too was given a poor socio-environmental rating, partly due to his vote to reduce the size of Jamanxim National Forest in the heart of the Amazon by 1,850 square miles – a bill which would have turned the land over to land thieves who have occupied large sections of the conservation unit where they are conducting illegal logging and cattle operations.

As deputy, he supported a bill that reduces pesticide licensing regulations. In 2016, more than 4,200 cases of intoxication by exposure to pesticides were registered across the nation – the equivalent of 11 per day (killing 355 people). Vast amounts of Brazilian fruits, vegetables and other commodities – an unknown amount of which are contaminated with pesticides banned in the European Union – are exported to the EU, United States, China and other nations every year.

Nishimori typically votes in favor of agribusiness-friendly Temer administration policies: he voted to expand corporate outsourcing, which makes it harder to fight slave labor; and he also supported a bill so extreme that critics dubbed it the “Land Grabbing Provisional Measure,” – a law expected to increase land conflicts in Brazil.

Candidates Nishimori and Colatto told Repórter Brasil that their agendas “focus, among other topics, on sustainable development of Brazil’s agriculture and livestock sector.” The other candidates mentioned in this story failed to respond to requests for comment.